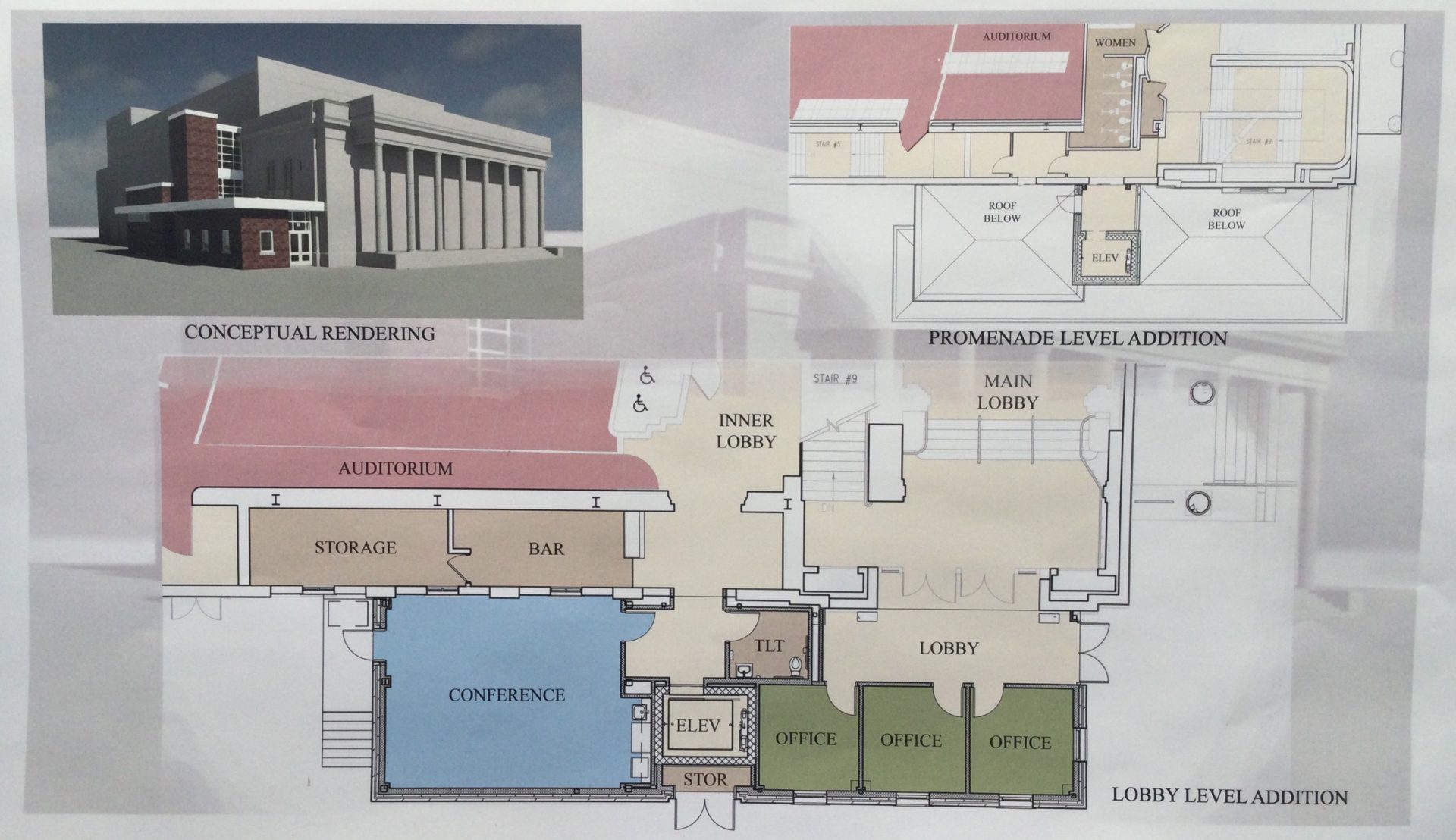 On Tuesday, December 21st, the Connecticut State Bonding Commission approved a request by the Klein Memorial Auditorium, Inc. for $300,000 to complete funding for a building project scheduled to be constructed in 2022. These funds are added to two previous grants issued in 2016 and early 2021. The project includes the installation of an elevator to transport patrons to the mezzanine level, a restroom on the ground floor with wheelchair accessibility, a conference room and three small offices. The grant was announced by The Klein’s Executive Director, Laurence Caso.
“It has been incredibly reassuring to receive this support from our elected state and local officials, going all the way back to 2016”, Caso reported. “This project, which will now total $3.2 million, allows us to furnish vital upgrades to our theater, while also increasing economic activity and improving each patron’s experience when they visit. This latest proposal was sponsored by Senator Marilyn Moore, to whom we are most grateful.” In November 2016, The Klein received a grant for $2.65 million, of which $1.4 million was used to provide upgrades to the lighting, audio and video projection systems, as well as new carpeting, which was installed this summer. Additionally, the Bridgeport Rotary Club donated $25,000 in 2017, which helped purchase one of the three new video projectors. Architectural firm Silver-Petrucelli was hired to design the building additions, OWI Construction oversaw management of the budget and bidding process, and in 2020, just as the pandemic struck, Epifano Builders were awarded the general contractor position. The project was placed on hold, due to unexpected increases in the costs of materials and labor, mostly attributable to shortages caused by the pandemic. In late August, The Klein submitted this supplemental request, which is now approved. Work can begin in the Spring, with project completion expected by late 2022.

The Klein Memorial Auditorium Foundation’s Mission Statement is to “Enrich, Educate, and Entertain through Arts and Ideas.”
theklein.org
(800) 424-0160