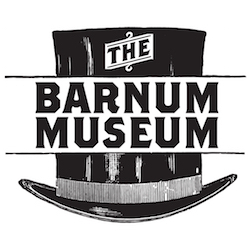 The Barnum Museum in downtown Bridgeport, Connecticut is the last surviving building attributed to the American visionary entrepreneur and entertainer Phineas Taylor Barnum (1810-1891). Barnum loved nothing more than joining entertainment and education, and he conceived the Barnum Institute of Science and History (as it was originally known) as a lasting legacy, a celebration of American cultural and scientific achievement. Barnum was devoted to the museum project, giving his own land, funds, collections and expertise to ensure its success; but he did not live to see it completed, approving plans for the building's construction only three weeks before his death on April 7, 1891. Costing some $85,000 to construct, the building opened on February 18, 1893 and has been part of downtown Bridgeport ever since. The Barnum Museum is the leading authority on P.T. Barnum's life and work, and contains more than 60,000 artifacts relating to Barnum, Bridgeport and 19th century America. We are listed on the National Register of Historic Places. Led by executive director Kathleen Maher â€“ a museum veteran and an industry expert in arts administration, historic preservation and cultural heritage â€“ the Museum remains committed to Barnum's own mission: growing curiosity, creativity and confidence through instructive entertainment. Authors, journalists, filmmakers, researchers, museums and attractions look to the Museum for its expertise and enthusiasm about all things Barnum, and the Museum is regularly featured in outlets including the New York Times, the Washington Post, the History Channel, BBC, NPR, Atlas Obscura, TED and more. The Museum eagerly partners with other cultural institutions to bring P.T. Barnum's life and legacy to a broader audience. The Museum stands as a great American national treasure and a unique physical testament to P.T. Barnum's life. In cooperation with its community, fans, donors and the creative wizards at transformational agency BRC Imagination Arts, the Barnum Museum looks ahead to a re-envisioned future as a true 21st century museum and a fitting tribute to its founder. P.T. Barnum was an energetic, optimistic entrepreneur who changed the world of entertainment forever. Barnum's final museum is a permanent â€œopen houseâ€ where a world of visitors can get to know Barnum, be inspired by his story and feel the happiness he worked so hard to share.

The Schelfhaudt Gallery at Paier College