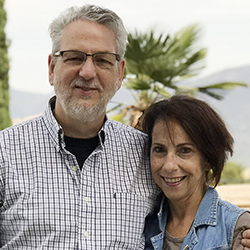 My first experience with a 'serious' camera was when I borrowed my father's Argus for a trip to New York City in 1967. Having discovered the power of the captured image I soon acquired my first 35mm SLR which became my constant companion. While working on a degree in photojournalism at Kent State University my professional career began as a reporter/photographer for city's daily newspaper. When Kent became the epicenter of the student protests against Nixon and the Vietnam War I covered the events leading up to and including the shootings of May 4, 1970. My images (exhibited in a 25 year anniversary exhibition commemorating the shootings held at the Cooper Union) are now part of the published documentation of that tragedy. The impact on me personally was life changing. That event, combined with leaving shortly after the shootings for three years in the Peace Corps in Liberia, informed and shaped my worldview. After the Peace Corps I photographed my way through Europe, returned to graduate school at Kent State and shortly thereafter was hired as the photographer for a design and advertising firm in Cincinnati, Ohio. Later when I moved to New Haven, Connecticut, I established and became a partner in a Photography/Graphic Design Studio sharing responsibilities for photography, design, art direction and print production. The work produced ranged from annual reports and corporate brochures to promotional materials and posters for Fortune 500 companies, non-profits, the Yale Repertory Theatre and, notably, The Josef and Anni Albers Foundation. This award winning work has been published in Print and GRAPHIS magazines and recognized by the AIGA and CT and NY Art Directors Clubs. As rapid advancements were being made in professional quality high resolution digital photography I followed them closely. After extensive testing of successive generations of camera systems in 1996 I became an early adopter and transitioned from film entirely to digital imaging. Working with the Albers Foundation in 2002 I designed and began the implementation of a digital documentation of their entire collection, making it one of the first arts foundations to execute such a comprehensive project. It was during this multi-year process that I recognized a need in the art world for a source for high resolution digital photography tailored to groups that could not justify staffing and equipping an in house department. With that as our mission my wife, Diane, and I formed Imaging4Art to be dedicated solely to working with foundations, institutions, galleries, collectors and individual artists. In the years since I have been asked to photograph major collections such as the Barnes Foundation in Philadelphia, PA, Glenstone in Potomac, MD and the Addison Gallery of American Art, Andover, MA; contribute to important projects for museums including MoMA, the Whitney Museum of American Art; the Art Institute of Chicago and the Hammer Museum; work with such galleries as David Zwirner, Matthew Marks, Luhring Augustine, and Gagosian; and continue working with Albers Foundation, the Willem de Kooning Foundation and other notable arts foundations. As a significant contributor to nearly 100 art books and catalogues plus countless newspaper, journal and magazine articles my images have been widely viewed by the general public and in the global art world (visit Imaging4Art.com for further details). The opportunity to have unprecedented access to paintings, drawings, photographs and sculpture by many of the world's greatest artists and the chance to work beside curators, art historians, conservators and collectors and have them share their experiences and expertise has been an immeasurable art education. Exposure to this art and body of knowledge has allowed me to see themes and through lines that have been a consistent part of my personal imagery and have coalesced into new avenues to explore. As these thoughts and images continue to evolve it is now my hope and desire to bring this work to a wider audience. As a photographer whose business has been dedicated to the work of others my concentration has been on servicing the needs of my clients - not on promoting my personal work. It is only recently that I have begun to actively pursue showing my own images. Recent exhibitions include: 41st Annual Photography Show, Carriage Barn Arts Center, New Canaan, CT February 2021 The Newport Annual, Newport, RI 2020 Manic Botanic, BlueReview Project online show, 2020 40th Annual Photography Show, Carriage Barn Arts Center, New Canaan, CT 2020 West Hartford Art League Annual Show, West Hartford, CT 2019 The Joy of Art, Hospital for Special Care , New Britian CT 2019 -Migrating Colors, Maritime Garage Gallery, Norwalk, CT. February 2019. -Select 3, Garvey|Simon Gallery, New York, NY. July 2018 -Leonardo Challenge, Eli Whitney Museum, New Haven, CT. April 2018 -Leonardo Challenge, Eli Whitney Museum, New Haven, CT. April 2017