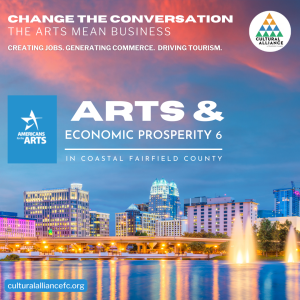 The AEP Study, which is conducted every five years, is a national economic impact study of America’s nonprofit arts and cultural industry conducted by Americans for the Arts. Building on its 25-year legacy, the highly regarded Arts & Economic Prosperity series will once again document in unprecedented scope and detail the economic power that nonprofit arts and culture wield in 375+ participating communities representing all 50 states and the District of Columbia. 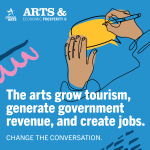 The Maritime Aquarium at Norwalk

Special thanks to Christian Templeman of Morgan Stanley and Felicity Kostakis for their generous help and support.

Fairfield County is an arts and culture mecca! Our artists and arts organizations make this region an awesome place to live, work and visit. In 2015, Fairfield County Arts and Culture nonprofits generated $235 million in economic activity ($149 million spent by organizations and $86 million spent by audiences). This spending supported 6,780 jobs and generated $20.6 million in revenue to local, and state governments.

We have this data because of the Arts & Economic Prosperity Study, conducted every five years to gauge the economic impact (on employment, government revenue, and household income) of spending by nonprofit arts and culture organizations and their audiences.

Distribute & Collect Surveys at Your Events

If you are interested in volunteering, helping us collect surveys at cultural events, please contact David Green

ABOUT THE OCTOBER 19th KICK OFF

Randy Cohen, VP for Research at Americans for the Arts, helped us launch the study by spending the day with us on Wednesday, October 19. 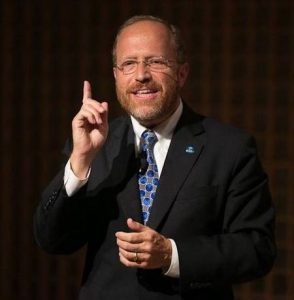 10:00 am
Coffee & Info Session for CAFC Members
The Community-Building Power of the Arts
Stepping Stones Museum, NorwalkRandy addressed cultural nonprofit members and explained how members can participate in the study.

Randy publishes Americans Speak Out About the Arts, the nation’s largest public opinion study on the arts, and produces Arts & Economic Prosperity and Creative Industries, a mapping study of the nation’s arts businesses and their employees. His annual “10 Reasons to Support the Arts” received the Gold Award from the Association of Media & Publishing for best blog post of the year. Randy led the development of The National Arts Index, the annual measure of the health and vitality of arts in the U.S. and the National Arts Policy Roundtable, an annual convening of leaders who focus on the advancement of American culture—launched in partnership with Robert Redford and the Sundance Institute.

Results from our 2015 Study

In 2015 some 800 valid audience-intercept surveys were collected from attendees at nonprofit arts and cultural performances, exhibitions and events. Researchers used an audience-intercept methodology, a standard technique in which patrons are asked to complete a short survey about their event-related spending (while they are attending the event).

Nationally, nonprofit arts and culture generated $166.3 billion in economic activity, supporting 4.6 million jobs and generating $27.5 billion in government revenue. The AEP series demonstrates that an investment in the arts provides both cultural and economic benefits.

See all the results of the 2015 national, state and Fairfield County studies on our website here.