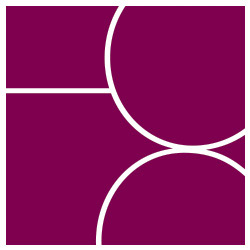 Our critically-acclaimed group is now in its 56th year of presenting great choral works in southwestern Connecticut. The mission of the Fairfield County Chorale is to perform a broad range of choral music for the benefit of the community, and to champion the appreciation of excellence in choral literature. Our growing repertoire spans from Bach to Bernstein and from Brahms to Britten. In its performances, the Chorale strives to present the deeper meaning intended by the composer, in the belief that this enriches the musical experience of not only our members but also the community at large. Through its history, the Chorale has presented more than 250 choral works, with more than 1,700 singers participating over the years. We have been privileged to present a number of local, U.S., and world premieres, and have appeared in such prestigious venues as Carnegie Hall and Lincoln Center in New York and the Kennedy Center in Washington, D.C. A recent partnership has brought the Chorale to perform regularly with the New Haven Symphony Orchestra, under the direction of William Boughton. The Chorale enjoys a long and active history of international performances, including music festivals and concerts in Belgium, Czech Republic, France, Greece, Hungary, Ireland, Italy, The Netherlands, Poland, Portugal, Russia, Spain, Sweden, Switzerland, and Yugoslavia. The Chorale has also made a number of highly-regarded commercial recordingsâ€‰â€”â€‰most recently, Haydn's The Seasons. The Fairfield County Chorale is a member of Chorus America, the Association of Connecticut Choruses, and the Cultural Alliance of Fairfield County. The Chorale appreciates the support of the State of Connecticut Department of Economic and Community Development.

Westport Museum for History and Culture