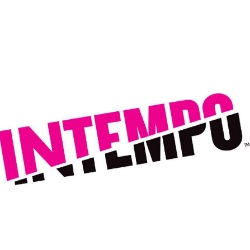 INTEMPO offers children the opportunity to express themselves artistically through traditional and classical music and instrumentation. We are committed to connecting the dots between intercultural music education and its influence on discipline and focus in academics. We offer a repertoire that reflects the diversity of our students' cultures and communities. Through the joy of making music together, we aim to broaden children's understanding of our world, as well as to build skills that will serve them well in every aspect of their lives. Mission Statement We make music education relevant, accessible and inclusive through the use of cross cultural instruments and repertoire. History In 2009, violinist Angelica Durrell met MacArthur Fellow Aaron Dworkin, who encouraged her to create a path to achieving greater diversity and inclusion in music. Two years later, motivated by her own story of struggling as an immigrant student from a single-parent household, she founded INTAKE Music, now known as INTEMPO. Conceived as a much-needed bridge between the arts sector and marginalized immigrant communities, INTEMPO began with two teachers and 40 students from immigrant backgrounds. Since then, our staff of teaching artists has more than doubled, and our Music School and community outreach events have reached more than 1,625 students and 6,460 community members. Today, INTEMPO is known as a welcoming space for multilingual music education, cultural exchanges, and creative expression. We take pride in our collaborations with community partners and neighbors, including the Norwalk Youth Symphony, Future 5, Building One Community, St. Luke's Steel Band, the Stamford Public Schools, the Cities of Stamford and Norwalk, and the United Way of Western Connecticut, all of which are working to inspire, teach, and empower youth in our region. We have earned national recognition for the quality of our programs and for our efforts at promoting arts equity. In 2016 and 2017, INTEMPO was selected as a finalist for the National Arts and Humanities Youth Program Award by the President's Committee on the Arts and the Humanities, one of only 50 afterschool arts programs in the country to achieve this distinction. In 2016, our efforts to create authentic cross-cultural bonds and understanding extended beyond our nation's border, through a partnership with the U.S. Embassy in Nicaragua and the Norwalk Nagarote Sister City project. We have received major grants from Carnegie Hall's Weill Music Institute, the National Association of Latino Arts and Culture, Spread Music Now, and the Sphinx Organization, one of the most highly regarded national organizations for fostering diversity in the arts. Our Programs â€“ Intempo Music School â€“ Intempo Summer Camp â€“ Intempo In-School Programs â€“ Intempo workshops